Aleta Barthell: Aleta Barthell is a playwright/screenwriter/teacher. Aleta was recently commissioned by Playwrights Project to write a piece benefitting Southern Caregiver Resource Center called I’M A CAREGIVER? Her play, NIGHT WITCHES: FLIGHT INTO FANTASY, was a part of the New Village Arts Theatre’s “2019 Final Draft Festival.” She was a finalist for the 2016 HUMANITAS/CTG Playwriting Prize for her play, WINDOW OF SHAME. Aleta was a panelist for “Writing from History” at the 2015 Dramatists Guild National Conference.  She is a teaching artist with Playwrights Project and founder of the youth theater education program, Kids Act, at New Village Arts Theatre. She holds a B.S. from Northwestern University (Evanston, IL) and has trained at BADA (Oxford, England); Shakespeare and Company (Lenox, MA). She studied playwriting and screenwriting at UCSD with Allan Havis. She is a Dramatists Guild Member and an Ambassador for the San Diego area.

Cecil Castellucci: ​Cecil Castellucci is the award winning and New York Times Bestselling author of books and graphic novels for young adults including Shade, The Changing Girl, Boy Proof, Soupy Leaves Home, The Year of the Beasts, Tin Star, The Female Furies and Odd Duck. In 2015 she co-authored Star Wars Moving Target: A Princess Leia Adventure. She is currently writing Batgirl for DC Comics and The Little Mermaid for Dark Horse Comics. Her two newest graphic novels are Girl on Film (Boom!) and The Plain Janes (Little Brown). Her short stories and short comics have been published in Strange Horizons, Tor.com, Womanthology, Star Trek: Waypoint, Vertigo SFX: Slam! and many other anthologies. In a former life, she was known as Cecil Seaskull in the ‘90s indie band Nerdy Girl. She has written two opera librettos Les Aventures de Madame Merveille (World Premiere in 2010) and Hockey Noir: The Opera (World Premiere 2018). She is the former Children’s Correspondence Coordinator for The Rumpus, a two-time MacDowell Fellow, and the founding YA Editor at the LA Review of Books. She lives in Los Angeles.

Christopher Hamilton: Christopher Hamilton’s second-grade teacher called home to verify his reading log because, “No one could be reading that many books.”  In high school he kept his obsessive reading a secret from his friends on the soccer team, discussing Jane Eyre discreetly after school with his favorite teacher, Mrs. Teegarden. This love of Literature led to graduate degrees in English Literature at UCLA, specializing in 18th and 19th century British Literature and Critical Theory.  Christopher Hamilton taught hundreds of college students at UCLA in courses ranging from Introduction to Literature to seminars on Crime Fiction, and earned awards for his scholarship and his teaching. Christopher jumped ship from academia to commercial magazine writing, eventually becoming Editorial Director of a magazine focused on food, wine, and cooking.  After gaining a few pounds but missing the energy and atmosphere of the classroom, Christopher became a partner in an international college consulting and test-prep company, and eventually went on to create additional companies devoted to helping ambitious student find a path to great colleges.  In 2014 he founded Hamilton College Consulting, helping local and international students apply to selective colleges. Christopher Hamilton has helped literally hundreds of students gain access to Ivy-level universities, and thousands find a path to colleges of all descriptions.

Kathy Krevat: ​Kathy Krevat is the author of the GOURMET CAT MYSTERY series featuring cat food chef Colbie Summers and her demanding cat Trouble, the culinary muse behind her recipes. She also writes the bestselling CHOCOLATE COVERED MYSTERY series under the pen name, Kathy Aarons. Her short story “One Flu Over the Cuckoo’s Nest” was selected for the Crossing Borders Anthology coming out in March 2020. Kathy lives in San Diego with her husband of twenty-seven years in the perfect location – close to Philz Coffee and the beach. When she’s not writing, she’s volunteering with youth arts education organizations or performing stand-up comedy at the Comedy Palace in San Diego.

Jonathan Maberry: ​ ​JONATHAN MABERRY is a New York Times bestselling author, 5-time Bram Stoker Award-winner, and comic book writer. His vampire apocalypse book series, V-WARS, is in production as a Netflix original series, starring Ian Somerhalder (LOST, VAMPIRE DIARIES) and will debut in 2019. He writes in multiple genres including suspense, thriller, horror, science fiction, fantasy, and action; and he writes for adults, teens and middle grade. His works include the Joe Ledger thrillers, Glimpse, the Rot & Ruin series, the Dead of Night series, Glimpse, The Wolfman, X-Files Origins: Devil’s Advocate, Mars One, and many others. Several of his works are in development for film and TV. He is the editor of high-profile anthologies including The X-Files, Aliens: Bug Hunt, Out of Tune, New Scary Stories to Tell in the Dark, Baker Street Irregulars, Nights of the Living Dead, and others. His comics include Black Panther: DoomWar, The Punisher: Naked Kills and Bad Blood. His Rot & Ruin books are being produced as webcomics. He is a board member of the Horror Writers Association and the president of the International Association of Media Tie-in Writers. He lives in San Diego, California. 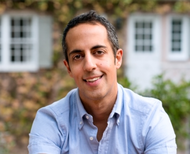 Abdi Nazemian:  Meet our Inspirational Speaker, Abdi Nazemian, who is the author of two young adult novels, Like a Love Story and The Authentics. His novel, The Walk-In Closet, won the Lambda Literary Award for LGBT Debut Fiction. His screenwriting credits include the films The Artist's Wife, The Quiet, and Menendez: Blood Brothers, and the television series The Village and Almost Family. He has been an executive producer and associate producer on numerous films, including Call Me By Your Name, Little Woods, The House of Tomorrow and Scotty and the Secret History of Hollywood. He holds a BA from Columbia University and an MBA from UCLA Anderson School of Management. He lives in Los Angeles with his husband and two children.

Alonso Nunez:  Alonso Nunez is founder and Executive Director of Little Fish Comic Book Studio, a nonprofit comic art studio and advocacy group, and is a graduate of the School of Visual Arts, majoring in Comic Illustration. A third generation San Diegan, Alonso has always had a passion for the comic art form in all its various styles, genres, and applications; he channels that now as a comic professional and an advocate for the comic medium.

Laura Preble:  Laura Preble, author of the new novel Anna Incognito,  is the award-winning author of the young adult series, Queen Geek Social Club (Penguin/Berkley Jam), which includes the novels Queen Geeks in Love and Prom Queen Geeks. Her novel, Out, dealt with the concept of LGBTQ rights within a young adult dystopia; Alex Sanchez, author of Rainbow Boys, says "Out explores an intriguing, mind-bending, and challenging portrait of an upside-down world that turns the tables on homophobia, acceptance, and love.” She has won a Kurt Vonnegut Fiction Prize, and has been published in North American Review, Writer’s Digest, Hysteria, and NEA Today.

Marivi Soliven:  Marivi has authored 17 books. Her debut novel The Mango Bride (Penguin, 2013) won Grand Prize at the Palanca Awards, the Philippine counterpart of the Pulitzer Prize, and  has been translated into Spanish and Tagalog. To highlight the need for Own Voices stories, she organized Centering The Margins: Conversations with Writers of Color in March 2019, a three day conference which drew poets, novelists, journalists, publishers and literary agents of color from across the country to speak at UC San Diego and the San Diego Central Library. She regularly advocates for  for immigrant rights and concerns in her day job as an interpreter.

Nick Zayas:  Nick Zayas is a writer for both film and television. A graduate of Florida State University's film school, Nick spent years working for legendary film producer Scott Rudin before transitioning to TV. He spent 3 seasons as a writer on the TNT drama MAJOR CRIMES, and currently writes on the upcoming STAR TREK: PICARD from CBS: ALL ACCESS. Last year, he sold his feature TIME CENTRAL to Netflix, and also has a pilot script deal with AMC.